Emily is a Higher Court Advocate and Solicitor who has practiced in General Crime since her career began. Emily has experience defending clients in some of the most serious cases at the Crown Court, including Murder, whilst still practicing and appearing regularly in the Magistrates Court and at the Police Station.

Emily is well known for preparing her cases very thoroughly and having an eye for detail. She is regarded as having a caring and approachable manner which sees many clients routinely requesting her by name. Her experience and proven reputation over many years, means that Emily is also regularly instructed in privately funded defence cases.

Whilst still young in her career Emily has worked hard and progressed rapidly being recognised as a very able advocate ahead of her call.

Emily graduated from Oxford Brookes University with a 2:1 degree in Law. She went on to complete the Bar Vocational Course at BPP in Holborn achieving Very Competent status. She was called to the Bar in 2008. Emily later cross-qualified as a solicitor in 2011 and achieved Solicitor Advocate status with higher rights in 2012. 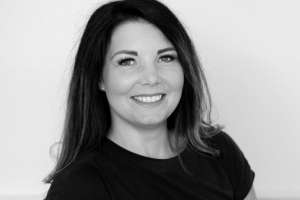 Speak with Emily on